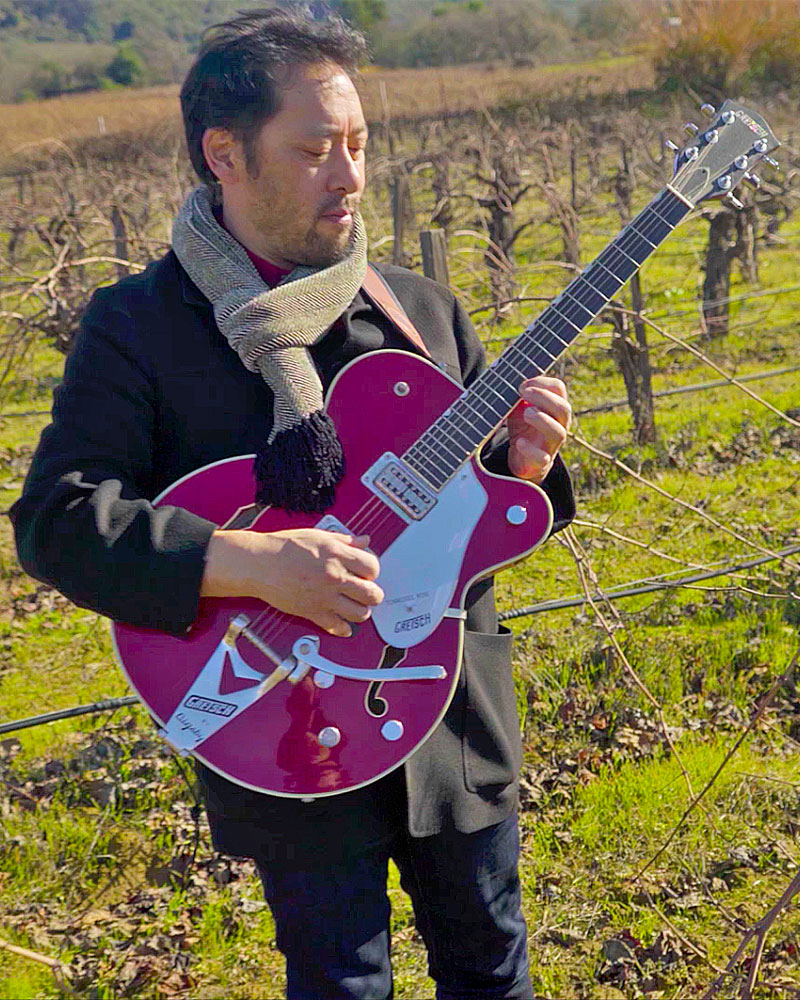 Executive producer, singer and songwriter Allen Ling is an American born artist and entrepreneur. He is also the seventh generation descendent of Lin Zexu, a historical hero in China, the CEO of a physical therapy business, and a graphic novel creator and publisher.  He has been a songwriter since 8th grade, and a body of music compositions from 1984 to 1988 was exhumed in 2009 after encouragement from his friend Bryan “Brain” Mantia, one of the premier drummers in contemporary music.

We happily will present over two dozen original songs after hundreds of hours of work by the production & performance team of Allen, Brain (drums, production), and Melissa Reese (Lead and background vocals, production and keyboards). Allen also executive produced the first album for “The Runaway Hearts”, a duo of young talent Marcellus Love and Emilio Virgo.

It was a decades long journey that continues, as writing songs regularly has become part of Allen’s lifestyle now. Enjoy listening!

From working with up-and-coming independent artists of all genres to overseeing online marketing for major acts like KISS, Britney Spears, and Dream Theater, Michael Brandvold’s impact on the modern music industry is without question. In addition to spearheading digital strategy creation and online social media management for bands, he has helped create marketing strategies that have made millions of dollars for clients.

Lead web developer/ designer/ owner at Trancefusion Design, Eric has been creating online projects for celebrities and entertainment professionals for more than 20 years. He finds magic in remixing creativity with like-minded clients in the online space. He also finds magic in remixing and music production. He has worked as an artist manager, festival promoter, mastering engineer, and worldwide touring dj.

Founder of The Higher Tide, Mitchell has been coaching, promoting and managing music artists for the past decade. He has a passion for helping artists establish protocols that allow them to take control of their careers. He has worked on Pitbull’s social media and Oscar Olivo’s spotify. He has worked closely with Allen to synergize his diverse organizational needs while promoting his music to a larger audience.